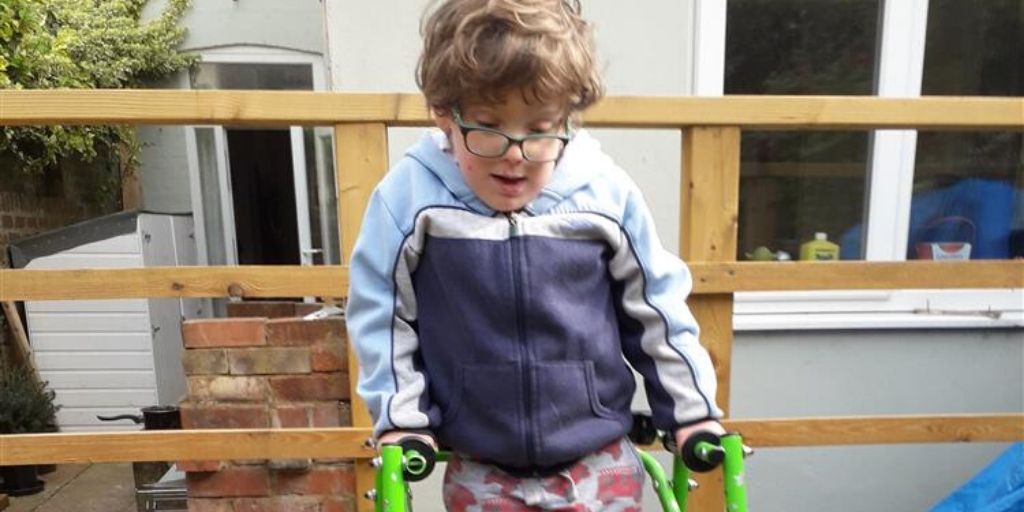 We’re delighted for Frank from Bristol who, at the time of receiving his Point of Light Award from Prime Minister Boris Johnson, had raised over £280,000 for our Covid-19 Urgent Appeal for NHS staff, volunteers and patients. Other fundraisers for the Appeal have also won the award including Frank’s hero Captain Tom Moore. Read the announcement in the press release from the Prime Minister’s office below.

Frank Mills, who has spina bifida, is following in the footsteps of his hero Captain Tom by walking every day to raise money for the NHS. Frank’s initial fundraising target of £99 – in honour of Captain Tom’s age when he began – has been met nearly 3,000 times over. Having learned to walk only 18 months ago, Frank continues to walk every day.

In a personal letter to Frank, the Prime Minister said:

“Every day I say thank you to someone in our country for doing something special. And today I want to say thank you to you! Your daily walks are an amazing fundraising feat. I know you have watched Captain Tom on the television and I think you are brave and brilliant just like him. Well done and thank you for all you have achieved for our wonderful NHS.”

Reacting to the Prime Minister’s announcement, the Mills family said:

“What started as a very simple, spur of the moment response to seeing Captain Tom Moore do his fundraising walk, with the hope of raising £99, has become an incredible amount of money raised for an excellent charity by people very generously responding to Frank’s effort. As a family we’ve been utterly overwhelmed not only by the amount of money given but by the lovely messages of support and encouragement left on his Just Giving page. We feel thanks really should go to all those who made it happen!”

And Frank’s response was:

The Prime Minister’s UK daily Point of Light award was first launched in April 2014 to recognise outstanding individuals making a difference where they live. Frank is the 1367th person to be recognised. As Britain unites to fight the spread of coronavirus, the award is focusing exclusively on people serving their community through the pandemic.